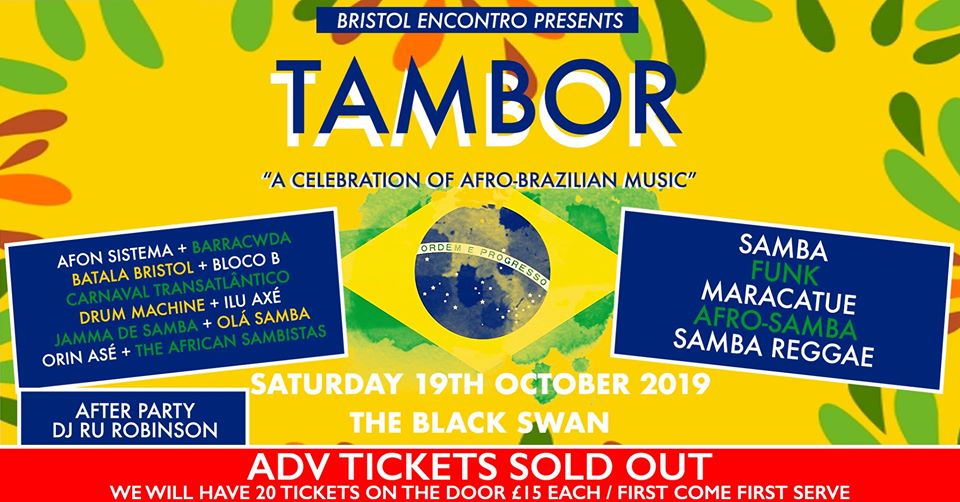 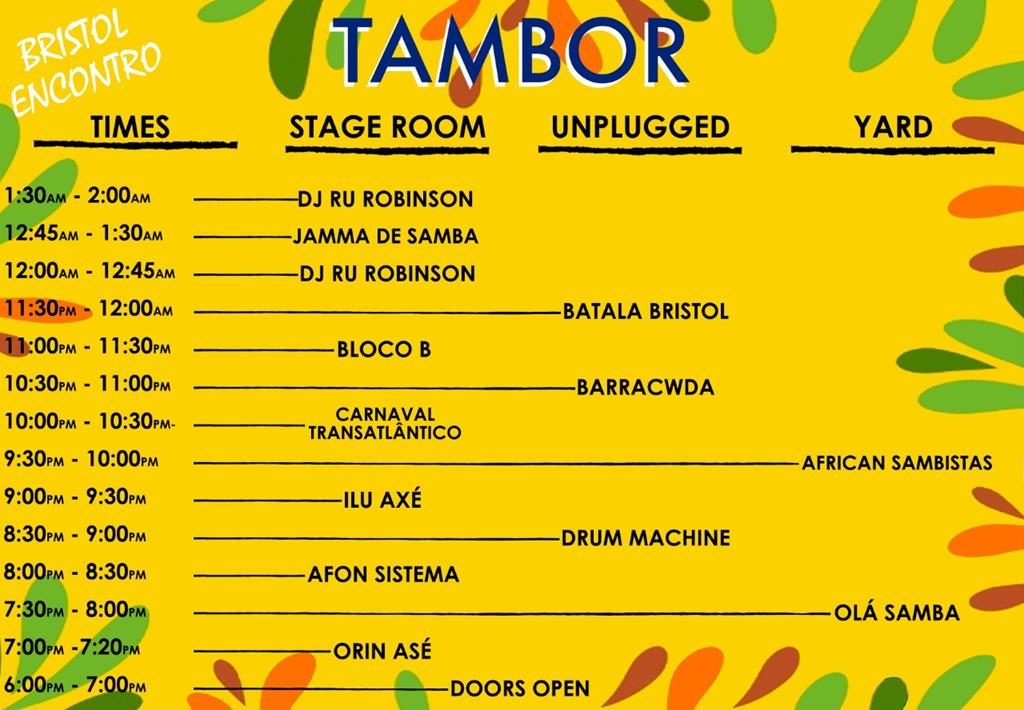 Bristol Encontro 2019 featured 11 local percussion groups performing back to back on one night.

This was the first Bristol Econtro event and it was an honour to be invited to play in the company of such well established bands. It was a little bit of pressure as well since we were preparing three new arrangements  for the event. We had to learn and polish these and then play them in front of a discerning audience. We had twelve volunteers up for the challenge. Over the course of nine extra rehearsals and a busk we brought the new pieces to life. It was held together by conviction that we were going to do this and faith that we would reach the target.

The event sold out a few weeks before the night which was great news and ensured a good audience. 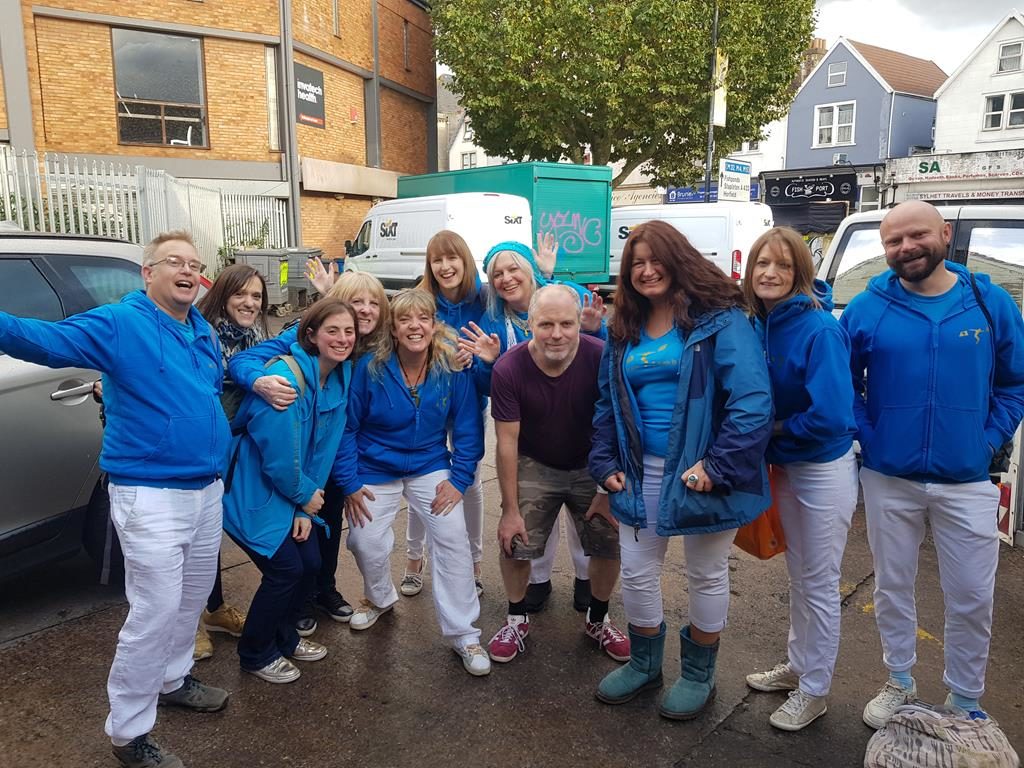 Playing at the busk a week before the event gave us the confidence that people wanted to hear what we were playing. On the day of the event we ran through the pieces in the afternoon and everything went as planned. There was nothing more to do apart from playing it for real to the crowd. We went for a short walk to calm down and  then returned for the opening ceremony. This included the lovely gesture of mentioning by name the musical directors of every band present. It was a very social event and great to meet up with many people we do and don’t know from the various bands. We have contacts in all of the bands via our personal playing histories and acquaintances. 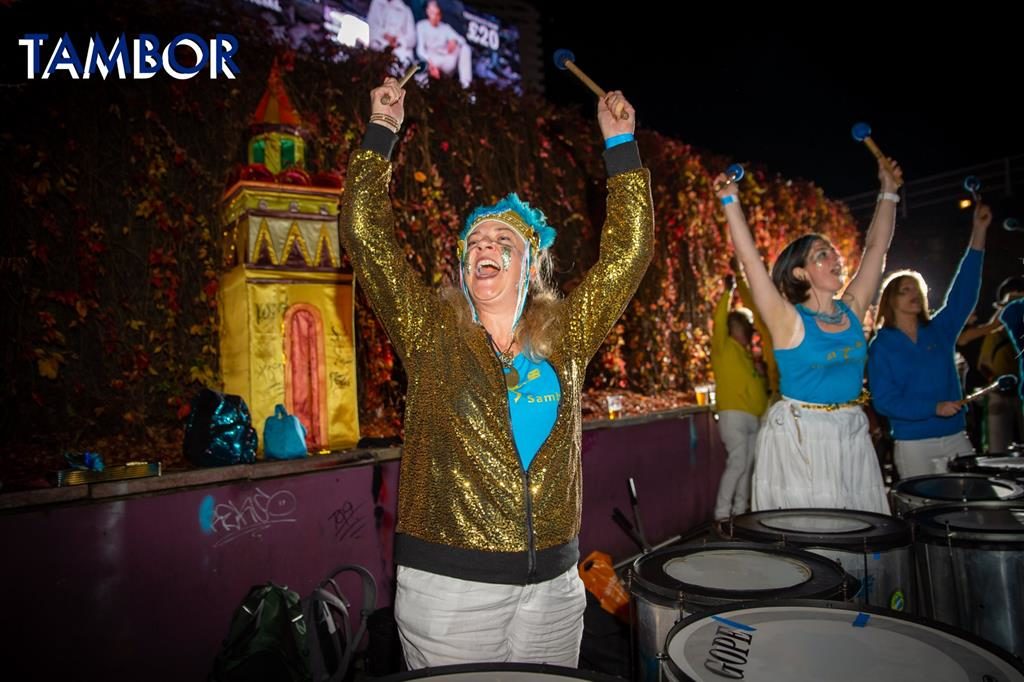 We’d timed our set and it was slightly shorter than the allocated 30 minutes so we knew we could relax a bit and not be under pressure of having to cut it short. Being allocated the yard venue really worked well for our style of performance and we had a enthusiastic crowd. Libby and Nicola built the anticipation by getting everyone to sing along to a short song and then we were off. After months of rehearsals it was great to actually be performing the set and about a minute in we felt that the crowd were on side and liking what we were doing.  The band really pulled this off and it was great to have positive feedback.  Tambor was a really positive experience for us and we look forward to the 2020 event. 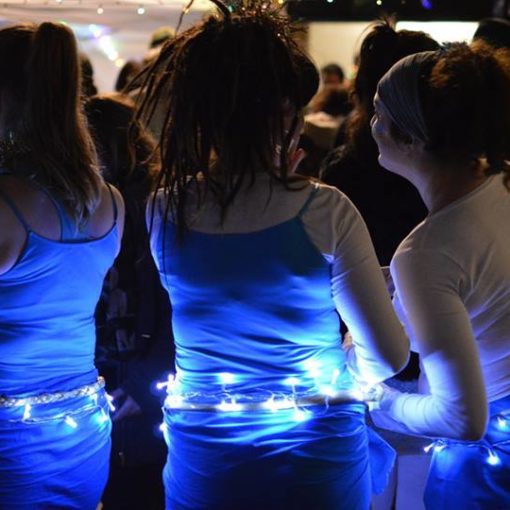 Photos and video from our 2015 performance at Picton Street Fayre in Bristol, “the best street in Bristol” acccording to this 2011 […] 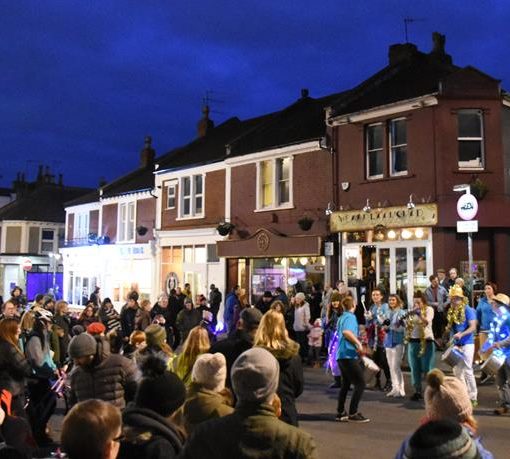 We played a static set as part of the street entertainment for Bedminster Lantern Parade. We started just after the road was […] 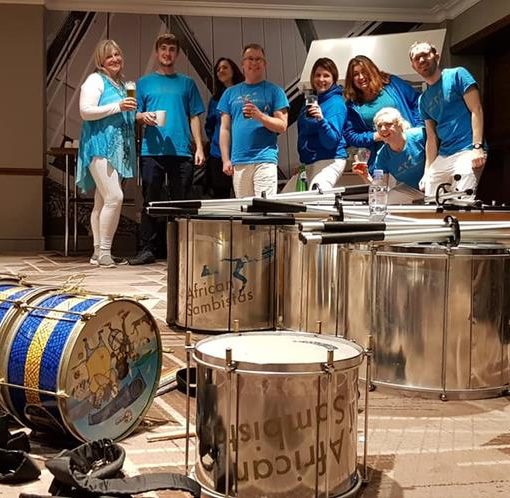 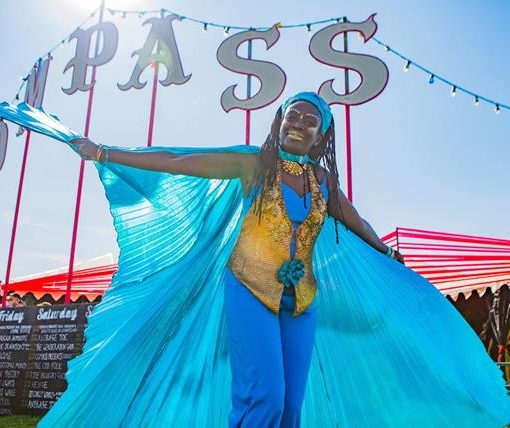 The African Sambistas delivered some Shambala Samba to Shambala Festival 2017. We really enjoyed this. Festival crowds are usually good and Shambala […]

Here we are at Old Market Assembly before we went

More from our performance at #tambor2022 #sambist